Poverty is still an important subject for our community, since it affects more than 10 % of our inhabitants. It is the topic of our new exhibition “Not All Good? Being Poor in Southern Norway”.

For nearly a year, we at Vest-Agder Museum have worked on a heavily taboo-laden subject: poverty. People affected by poverty are likely to try to conceal it, even for their near and dear ones. This is because being poor is riddled with guilt and shame; it means that one has not been able to cope with today’s society, where ‘everyone’ appear successful. Being poor is therefore “not all good” – ikke bare greit – as the people of Southern Norway like to say about most things.

From 1 November, 2016, we present the results of our work as an outdoor walking exhibition, with an exhibition space consisting of four interconnected barracks, and a new publication. 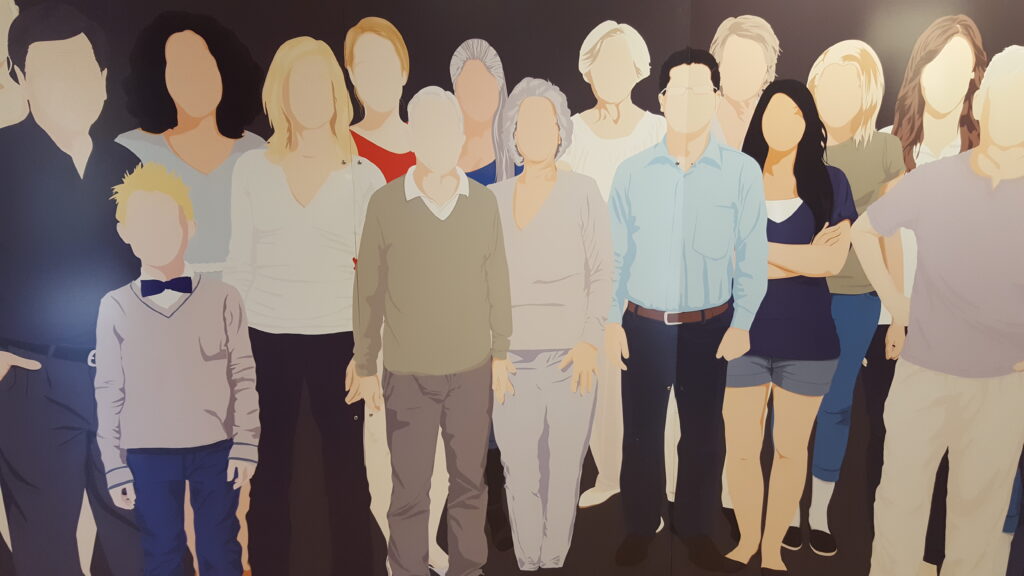 Fifteen people contacted us after we announced a petition for informants in the newspaper and on social media. They have told moving stories about what it is like not to be able to work because of illness and how it is to have neither money nor a social network. They have spoken about how it feels not be able to afford food, and go to be hungry, leaving your last slice of bread for your children; how it is not to be able to work because you are too ill; how you sometimes pretend that you children are ‘sick’ when their friends invite them to their birthday, because you do not have the few kroner it takes to buy a gift; what it feels like to become more and more isolated because you do not have the money to meet friends at a café, because it means you have to pay for coffee; how much it hurts to celebrate Christmas with your family and not being able to buy a single gift to the others; and how hard both adults and children work to hide that they cannot afford to go to social meetings with friends or acquaintances.

You will be able to listen to these stories at the exhibition, through an audiovisual presentation. We challenge you to listen to them at length and to pay close attention; this is an important subject and remains one of our greatest challenges as a social community. 10 percent of South Norway’ population, and slightly above 10 percent of all the children in the Agder counties, are poor. Those are high figures, especially if we consider the close connection between poverty and social isolation. 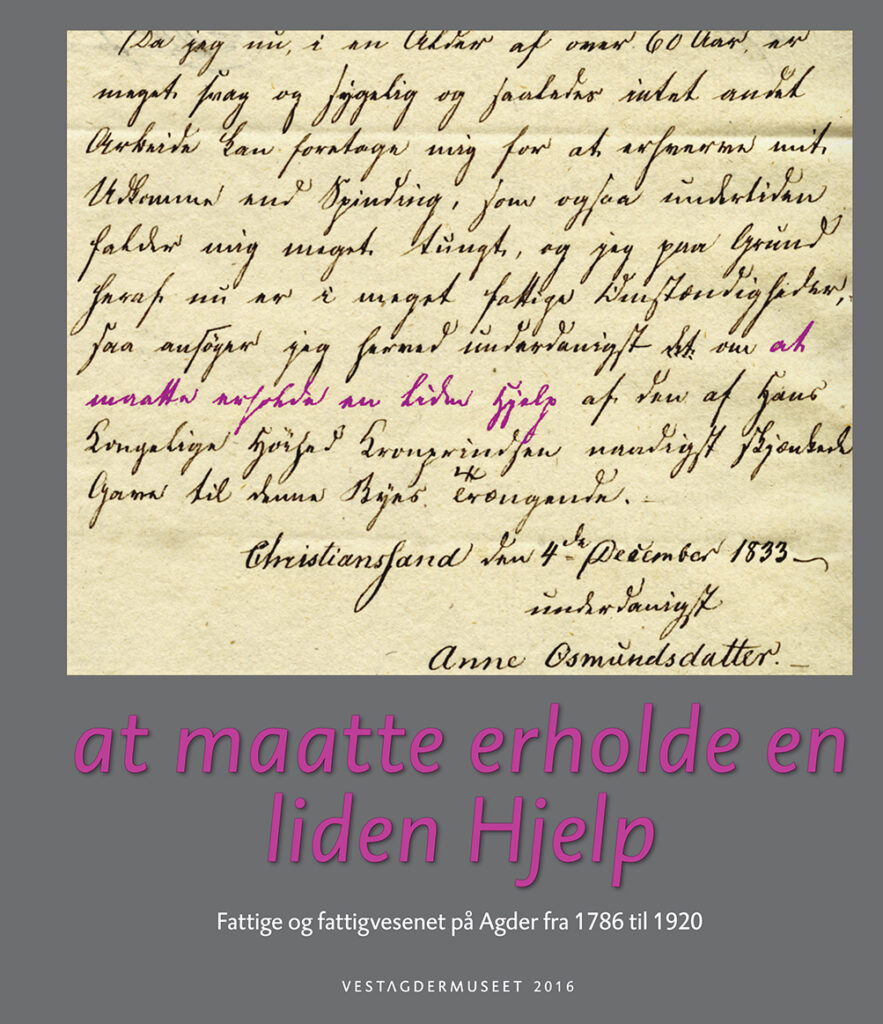 The history of poverty

The exhibition presents a timeline that shows the establishment and development of the poor relief, which also describes the changing views on poor people through history. The timeline is based on the findings of a publication that will also be launched at the opening of the exhibition: «… at maatte erholde en liden Hjelp.» Fattige og fattigvesenet på Agder fra 1786 til 1920.  (“Getting a Little Bit of Help.” The Poor and Poor Relief in Agder from 1786 to 1920.) There, six different authors examine the subject from different angles. Together, their articles are a good introduction to the treatment in the past of different groups of poor people.

The information you find in the exhibition is also available on our webpages: www.vestagdermuseet.no/fattigdom. You will find the following items, in both Norwegian and English:

The exhibitions is unattended and free of charge. It can be experienced at the following locations:

The exhibition is open during regular museum opening hours. At Tresse it is open every day from 10 am to 8 pm.

In addition, we arrange four thematic evenings addressing different aspects of poverty; in Kristiansand in November and January, in Mandal in March, and in Lista in June. Information about these events will be published on our webpages. The first event will be on Thursday 10 November, 2016, at 6 pm at the exhibition at Tresse, Kristiansand. There, we will talk about our project as a whole and then leave the floor to the First Archivist of the Kristiansand State Archives, Roger Tronstad. Tronstad has examined plenty of shelf meters of sources on poor relief in Kristiansand in the 18th and 19th centuries, and will give a lecture based on his findings.

At bottom, poverty means that one cannot take part in a social community for economic reasons. It appears that the clearest difference between being poor now as compared to before can be found in today’s more overwhelming feeling of being alone in facing one’s predicament. It is true that, in the old days, poor people lacked basic things such as food, clothes and a place to live, to a much greater extent than now. But when you lack the wherewithal to be part of social life you may experience a stronger sense of loneliness and social isolation. And when people in general seem to have more than enough money, it becomes increasingly fraught with taboos and shame to be one of “the few” who do not have it. This can make people withdraw even further, reinforcing a vicious circle of loneliness, shame and self-inflicted isolation.

If you have questions, contact project manager Kathrin Pabst via her e-mail: k.pabst@vestagdermuseet.no or telephone her at +47 932 46 157.